How can we help you?

Please enter your details below:

Generation Y among the big winners of e-volution awards 2019

For the 7th consecutive year, the Union of Diplomatic Officers for Economic & Commercial Affairs of the Hellenic Ministry of Foreign Affairs, in collaboration with Ethos Awards, the economic and business portal banks.com.gr and HRIMA magazine, organized the Greek Exports Awards 2018 on the 7th of December 2018, in an attempt to highlight and reward the people, ideas & partnerships that constitute the top export ventures of Greece.

With 18 years of experience and more than 2500 international and local projects, Generation Y specializes in the fields of digital transformation and e-commerce. Delivering services in 24 countries around the world and occupying offices in 6 of them (USA, Great Britain, Dubai, Cyprus, Romania, Albania), its Gold Award as a Top Services Export Company can be interpreted as a recognition of its huge impact on Greek entrepreneurship.

With 60% of its ventures in the last 3 years coming from export activity, Generation Y not only presents a dynamic profile of rising & expansion but also sends an optimistic message concerning Greece’s presence in the commercial developments that are shaping the world. 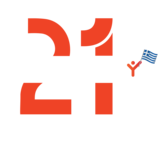